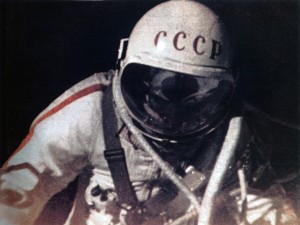 I recently wrote a blog post about NASA’s choice of using exclusively splashdowns landings during the space race and a (relatively brief) discussion of why this method was far less desirable than a land landing alternative. In retrospect, I realized that I only told half the story. Part of what makes the NASA “splashdown v. land landing” story an interesting one is a comparison to their Soviet counterparts who used exclusively land landing systems. (The image to the left shows cosmonaut Alexei Leonov during his spacewalk, Voskhod 2, March 1965.)

Throughout the Space Race, both the Americans and Soviets were launching capsule-style spacecraft. Try as they might, the Americans just couldn’t land their spacecraft on land. Which begs the question: what did the Soviets do that the Americans didn’t, or couldn’t? END_OF_DOCUMENT_TOKEN_TO_BE_REPLACED 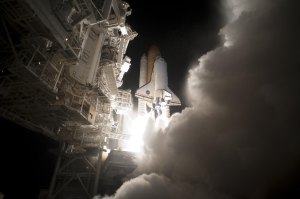 People keep asking me what I think about NASA’s Space Shuttle program coming to a close. Without fail, I unthinkingly answer, “Nothing. I don’t think much of it.” It’s true. I don’t really know all that much about the Space Shuttle. To be honest, I’ve never really found it all that exciting. END_OF_DOCUMENT_TOKEN_TO_BE_REPLACED 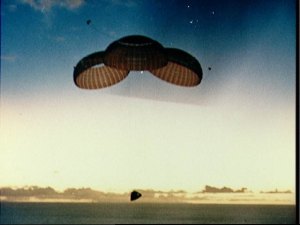 I’ve recently begun the task of revisiting and reorganizing my master’s thesis in the hope of turning it into a book. The paper examines the push by NASA to incorporate a pilot-controlled land landing system into its second- and third-generation Gemini and Apollo spacecraft. Once I started getting into the research surrounding the land landing programs, I found the rationale behind the shift to be much more justified than at first glance, and certainly more than just a bunch of complaints from displeased astronauts. END_OF_DOCUMENT_TOKEN_TO_BE_REPLACED 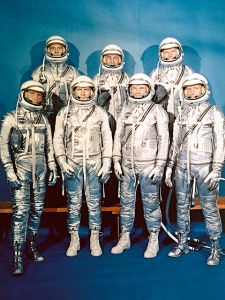 I have just finished reading Tom Wolfe’s The Right Stuff for the third time. Unlike previous reads, however, this one was for a class. An interesting choice, I thought, since every time I’ve ever referenced the book in a paper I’ve been chewed out for using a non-academic source. My retort has always been that The Right Stuff fills a void that standard academic history texts can’t fill: Wolfe brings the human element to the forefront of his retelling of the Mercury program, not to mention brilliantly captures the surrounding excitement that gripped the nation.

In reading The Right Stuff, I kept the question of rationales for the pursuit of manned spaceflight in the back of my mind.  Though I’ve certainly been conscious of the enthusiasm within America during the early space program prior to this reading, it struck me that the collective will of a nation to achieve a technological end is something firmly in the past. I’ve said before that I am part of a generation for whom spaceflight is the norm; the Space Shuttle has always been around, longer than I have in fact. But how many people actually care? Spaceflight (and specifically NASA’s past, present, and future missions) is on my radar, but can the same be said for the average American who’s paying for it? END_OF_DOCUMENT_TOKEN_TO_BE_REPLACED 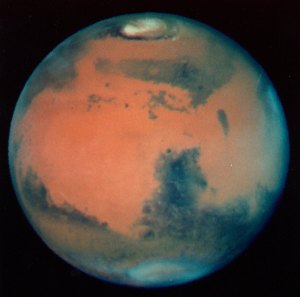 A certain mystique has historically surrounded Mars. As men of science and (more modern-day) astronomers and planetary scientists have learned more about the solar system, Mars is the one planet that has remained in the spotlight – central to visions of man’s future on other worlds and the likeliest candidate for extraterrestrial life, be it primitive or extinct.

As I read more about the argument for men in space, I find I am unable to separate the Victorian and early 20th century arguments for life on Mars from the modern day drives behind a manned mission to the Red Planet. I am constantly hit with the feeling that rather than building mission profiles around what we know about the planet, there is almost a need to cling to the lore surrounding Mars, that the future of the planet is based largely on historical guesswork. END_OF_DOCUMENT_TOKEN_TO_BE_REPLACED